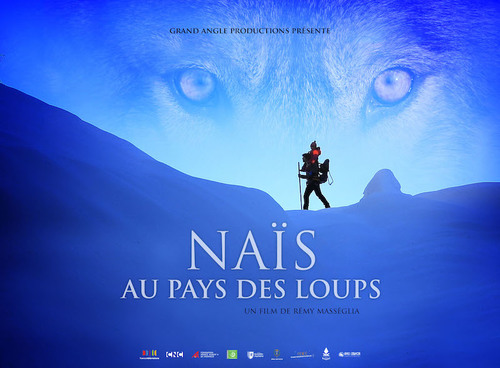 A father and his daughter, Naïs, who is just beginning to walk and say her first words, embark on an unforgettable adventure
in the heart of the Mercantour, the wildest national park in France.
This exceptional, award-winning documentary won the Best Documentary Award at the 2021 Golden Bee International Children’s Film Festival in India, and was produced in partnership with the Prince Albert II of Monaco Foundation.
It is proudly presented by the Embassy of Monaco in Washington, D.C. during the 2022 Festival de la Francophonie.

This event is free but pre-registration is essential.   Click here to register.

Please note: Cinema capacity is limited to 150 guests. Seats filled on a first come, first served basis. Masks must be worn inside the cinema.
Proof of vaccination (2 doses in accordance with D.C. regulations) and your ID must be shown to enter the French Embassy.
Doors open at 6:15pm.
Due to strict security measures, please arrive on time, and allow extra time for security screening.

About the director:
Rémy Masséglia, born in 1980, has always followed his heart, and the flora, fauna and stunning landscapes of France’s Valley of the Roya-Bévéra are his inspiration. Passionate about nature, his artistic eye and storytelling skills merge to create this, his first film, which is a sensitive portrait of a child’s discoveries of the beauty and dangers in the natural world.
Rémy wrote his first book, Merveilles en Roya-Bévéra, published by Baie des Anges in 2007.  In 2008 he created his own agency, Lez’Art Création, and the following year released his second book, Secrets de pêcheurs. At the age of 30, he released his third book, 137 grammes sans gravité published in July 2021.

Related links:
Click here to learn more about the Embassy of Monaco in Washington, D.C.

Click here to discover some of Monaco’s surprising global connections with these videos from Visit Monaco.